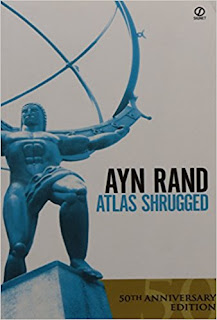 Rand weaves her characters into the fabric of the plot beautifully. All her protagonists, the beautiful and brilliant Dagny Taggart, the millionaire playboy Francisco Anconia, Hank Rearden the business magnate are all strong personalities with powerful convictions. All of them believe that the self and living for oneself should be the supreme objective of men and women. Nothing should come free including love. Every man should be the center of his universe.

Dagny Taggert runs the railroad Taggert Transcontinental. The ornamental vice-president of this company is her brother James Taggart who is referred to as lice in one sentence of the book. The era in which this story is set seems to be one where the very core of economy is breaking down in Europe and America.

Communist philosophy is sweeping across countries all round the globe. Nations are breaking down and the final straw is when the government of the US issues directive after directive stripping industrialists of their powers by regulations that frown on the profit motive. People want everything for nothing.

The hero of the story John Galt appears only in part III of the book but makes his presence felt. He has a brilliant brain, the kind that occurs only once in a century. Galt is an individualist who wants to stop the motor of the world, or in other words wants prove to the world that without the men of brains the society cannot survive.

Galt convinces the men of intellect and acumen to leave the looters  as he calls them, to fend for themselves and take refuge in the city he has built called the Galt's gulch. Dagny is romanced by a number of men but realizes that it is Galt who is her true love, so much so, that Rand would have us believe she was in love with him even before she had met him.

Rand seems to be a philosopher who is an extreme capitalist. Her philosophy Objectivism envisions a world where nothing is given free and everyone has to earn his or her keep. She does not even spare filial affections. I strongly disagree here. Parents love their children because they are their children and for no other reason.

Hank Rearden does not seems to have any affection for his mother, wife or brother. Rand's theories defy the maxim, "blood is thicker than water". She does not believe in taxation or even the rudimentary governmental control on economy.  There are to be no free public services. Everything has to be paid for and earned.

Her society is ruthless and her philosophy reminds me of Nietzsche's lunatic ravings.  I am not a communist. I believe that equal opportunities have to be provided to everybody and people have to be rewarded according to their productivity. But I certainly do not believe in this extreme and radical form of capitalism where there is no room for even a Christmas gift.

But I still congratulate the author as she definitely makes a strong case for the self being supremely important. After all, man is essentially selfish. The narrative is racy and the speeches by Anconio and Galt where they expound their philosophy make very interesting reading.

The book runs into a thousand pages but does not let up in pace or get boring. For such skillful writing and for holding the attention of the reader for over a thousand pages I go with a 3 out of 5 for Ayn Rand's "The Atlas Shrugged". 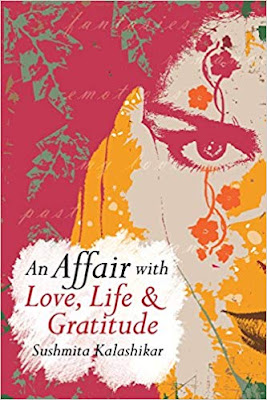 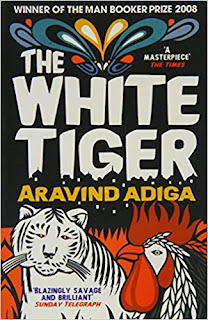